The Cleveland National Forest Foundation (CNFF) released it 50-10 Transit Plan in 2011 as an alternative to SANDAG’s highway-focused 2050 Regional Transportation Plan.

The 50-10 Transit Plan calls for a new framework of public transit infrastructure to meet the region’s economic, lifestyle and mobility demands.

The premise of the 50-10 Transit Plan is quite simple – move the transit projects in SANDAG’s 2050 RTP and build them up front in ten years. This comprehensive, integrated transit system would initially be focused within the region’s urban core, where existing and future higher density land uses would best complement the expanded transit services - thus making biking, walking and transit competitive with the automobile.

It underscores the need to modify SANDAG’s plans to reflect transit priority over highway projects.. The cornerstone of the plan is more near-term promotion of land use patterns to increase residential development densities within the urban core. The creation of neighborhoods that are close to needed services and amenities would be the outcome. 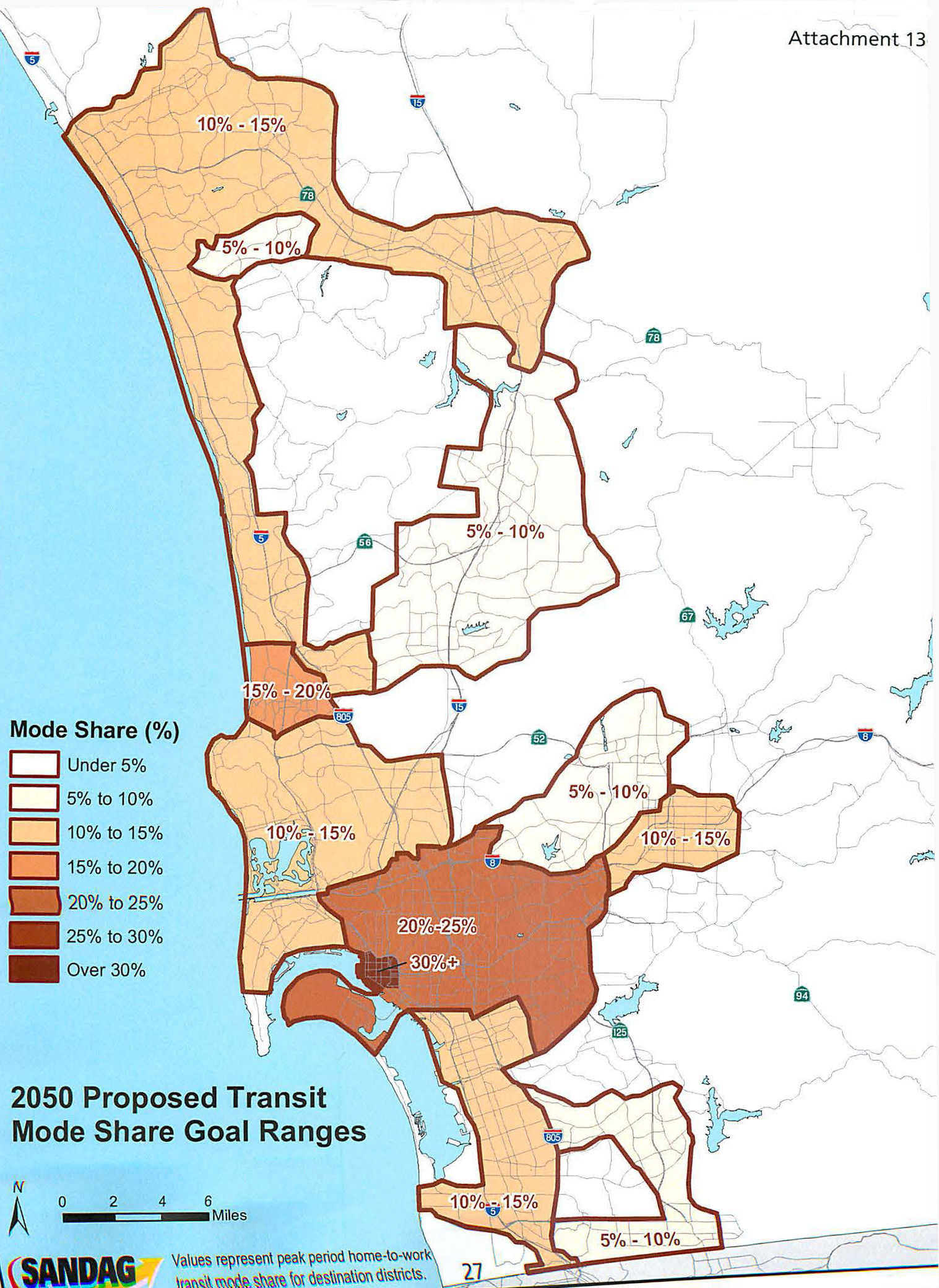 Transit Mode Share Map: The only way to reduce greenhouse gas emissions is to activate the transit mode shares as depicted in this authoritative study.