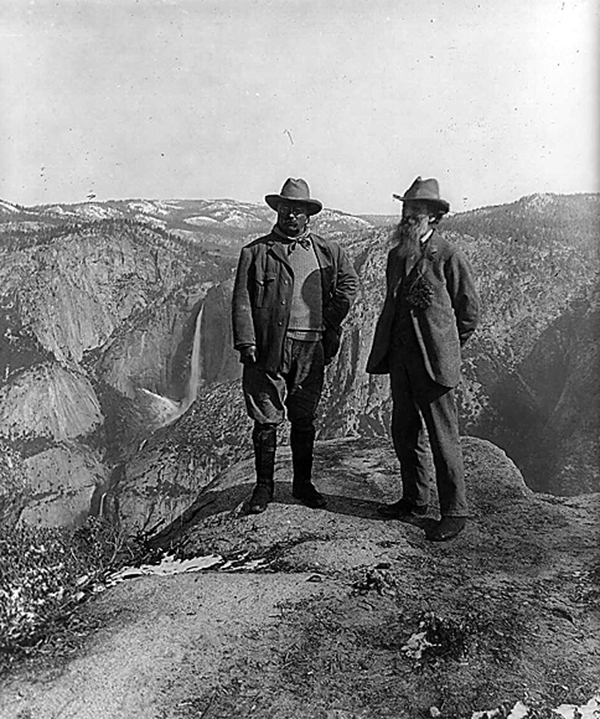 President Theodore Roosevelt stands with poet and conservationist John Muir on sacred ground at Yosemite. Roosevelt was one of America’s greatest conservationists as well. He was a passionate believer in rapid transit and signed the Rapid Transit Bill in 1899 when he was governor of New York.

The Cleveland National Forest Foundation (CNFF), along with the Center for Biological Diversity, and The California Sierra Club, challenged the SANDAG 2050 Regional Transportation Plan that threatens the community with unmitigable local and global impacts. The court has ruled in our favor, and now is the time to make transit work in San Diego.

We need your help. Click the "Donate" button in the sidebar, or "Volunteer" to help us spread the word.

The following briefs outline the critical work we have done to stop sprawl throughout the county of San Diego and advocate for the adoption of transportation networks that will improve our quality of life.

Urban Core (Downtown is the Key to Regional Transit)

Forest and Land Use 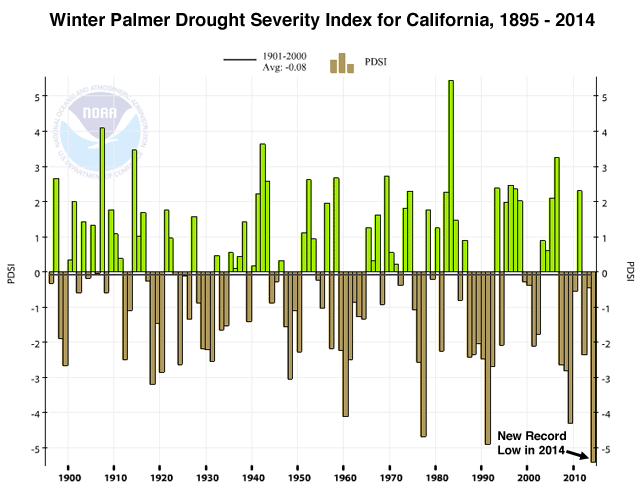 Figure 5. Palmer Drought Severity Index (PDSI) for California for the winter period December, January, and February. The winter of 2013 - 2014 had the most severe drought conditions since record keeping began in 1895. January and February 2014 also set records for most severe drought conditions ever recorded in those months. Image credit: NOAA/NCDC.